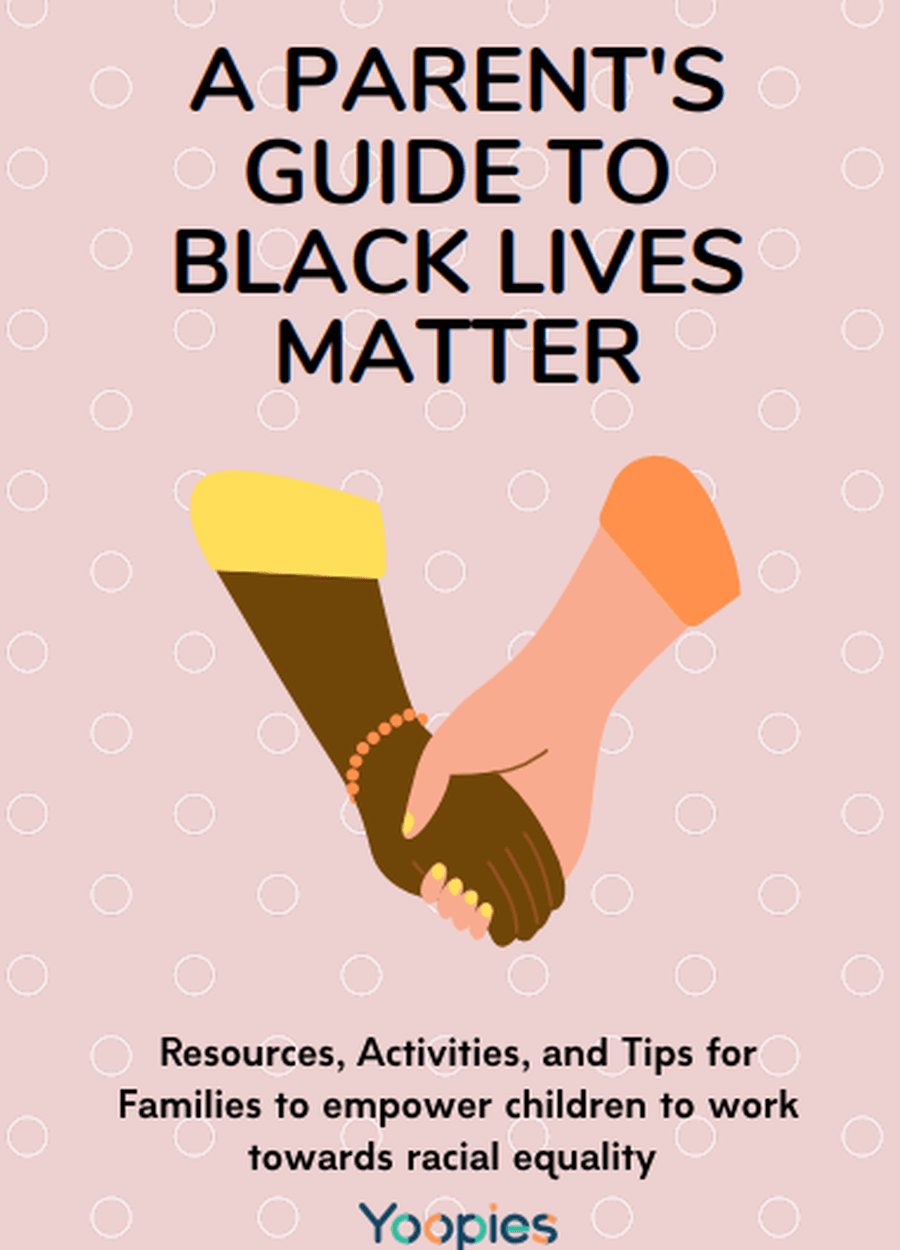 Translate this page using this tool: Inside the guide you can find information on:

What is the Black Lives Matter (BLM) movement?

How do I explain George Floyd to my children?

How to explain white privilege

How to open a conversation with children on race and racism

It’s not just a narrative of struggle

The danger of saying ‘my child isn’t racist’

Being a role model through action Friend of Birchfields, Akse, has painted a mural of George Floyd in the Northern Quarter. Photgraphy by Akse and used with permission.

A similar video from Channel 4's 'The School That Tried To End Racism' - watch the whole episode here.

A selection of educational resources for you and your family

A collection of short personal experiences of the experience of 21 influential British Asian and minority ethnic voices in Britain today. They paint a picture of what it is like to be ‘other’ in Britain today. Poignant, challenging, funny, interesting, and inspiring, this is a must for your teenage child to see Britain outside of a white lens.

A sharp wake up call to institutionalised racism and outlines what it means to be a person of colour in Britain in 2020.

Based on the true story of high school football coach Herman Boone in the 1970s, and how he diffuses racial tensions, teaching his players to come together on and off the field.

Based on the true story of three mathematicians in the 1960s — Katherine Johnson, Dorothy Vaughan, and Mary Jackson. This film portrays how these three women overcame race and gender obstacles and become key members of NASA.

Set in Katwe, Uganda, 10-year-old Phiona Mutesi’s life changes forever after a visiting missionary teaches her how to play chess. She becomes an international chess star, and we follow how she faces poverty, violence, and racism along the way.

4) Akeelah and the Bee (PG)
The story centers around Eleven-year-old girl from south Los Angeles, Akeelah. Her mother works incredibly hard and she lost her dad at six. We watch as Akeelah learns to believe in her capabilities and overcome challenges to compete at spelling bees.

5) The Boy who Harnessed the Wind (PG)

Based on a true story, this film depicts William Kamkwamba, a 13-year-old boy who devises a way to save his Malawi village from famine.

6) The Painting (U)
An animated metaphor for racism. Originally a French film we explore a kingdom is divided into the three castes: the impeccably painted Alldunns; the Halfies who the Painter has left incomplete; and the untouchable Sketchies

7) The Princess and the Frog (PG)
Disney’s first on-screen Black Princess, this story follows Tiana on her journey to opening her own restaurant. A kind-hearted, funny, and lovely story of turning a frog prince back into a human being.

8) Coach Carter (12A)
Based on a true story, a sports store owner accepts the job of basketball coach for his old high school. He sets out on a mission to change things attitudes surrounding relationships with others, kindness, and education to ensure his team has access to the best opportunities in life after high school.

10) The Hate You Give (12)
Based on the novel and inspired by the Black Lives Matter Movement this story follows Starr Carter and we follow her journey as she tries to speak up for the tragic death of her childhood friend, Khalil.

1) Becoming (PG)
Join former first lady Michelle Obama in an intimate documentary look at her life, hopes and connection with others as she tours with “Becoming”.

2) Mandela (Long walk to freedom) (12)
A chronicle of Nelson Mandela's life journey from his childhood in a rural village through to his inauguration as the first democratically elected president of South Africa, depicting Mandela’s viewpoint on the apartheid years.

3) Who killed Malcom X? (12)
A Netflix miniseries following the work of Abdur-Rahman Muhammad, a historian who has been investigating the assassination of Malcolm X.

4) Ray (15)
An award-winning independent film focusing on the life of Ray Charles, a pioneer of soul music with one of the most recognisable voices in American music who went blind at the age of seven

5) Ali (15)
A biography of Muhammad Ali following his heavyweight boxing career, conversion to Islam and criticism of the Vietnam War during a time of social and political upheaval following the assassinations of Malcolm X and Martin Luther King.

6) King in the Wilderness (12A)
A HBO produced biography on the last 18 months of Martin Luther King’s life. Very current, especially with the discussions of non-violence and the current discourse surrounding how to protest.

7) Malcolm X (15)
A dramatised biopic following key events in the life and upbringing of Malcolm X, one of the most well-known civil rights and black empowerment activists.

8) What Happened, Miss Simone? (15)
A biography of the life of American singer and civil rights activist Nina Simone, combining unreleased archive footage and interviews with her daughter and friends.

1) Green Book (12A)
Inspired by a true story, world-class African-American pianist Dr Don Shirley embarks on a concert tour of the Deep South in 1962, recruiting a tough-talking Italian-American bouncer from the Bronx as his driver and protection. The two men develop an unexpected bond while confronting racism and danger in an era of segregation.

2) The Help (12A)
A period drama set during the Civil Rights Movement in 1963 Mississippi following the story of a young white aspiring journalist “Skeeter” who writes a book from the perspective of two black maids, Aibileen Clark and Minny Jackson, exposing the racism and hardships they are faced with, causing life in their town to never be the same again. (note: film is shown predominantly through white lens/white storytellers)

3) American History X (15)
An American crime drama film following a former neo-Nazi imprisoned for killing two black youths who vows to change his racist, violent ways, struggling with his own deeply ingrained prejudices and wondering if his family can overcome a lifetime of hate.

4) Do The Right Thing (15)
A local becomes upset when he sees that his local pizzeria in a predominantly black neighbourhood only shows Italian actors on their Wall of Fame, rather than black actors. The wall becomes a symbol of racism and hate to the neighbourhood and tensions rise on the hottest day of the year.

5) Moonlight (15)
The first award-winning film with an all-black cast and LGBTQ-related following the youth, adolescent and early adult life of Chiron, exploring the difficulties he faces with his sexuality, identity, and abuse he endured growing up.

Historical films about slavery: appropriate for older children and parents

1) Amistad (15)
A historical drama based on true events aboard the slave ship “La Amistad” following the events in which the kidnapped Mende tribesmen managed to gain control of their captor’s ship, and the international legal battle that ensued.

2) 12 Years a Slave (15)
An adaptation of the 1853 slave memoir by Solomon Northup, this biographical period drama follows his life after he was kidnapped and sold into slavery by two conmen for 12 years before being released.

2) The Black power mixtape (12A)
A documentary film, directed by Göran Olsson, that examines the evolution of the Black Power movement in American society from 1967 to 1975 through the lens of Swedish filmmakers

3) When they see us (15)
Based on a true story, five teens from Harlem arefalsely accused of a brutal attack in Central Park.

4) Chris Rock’s Good Hair (PG-13)
A documentary film focusing on the issue of how African-American women have perceived their hair and historically styled it, exploring the current styling industry for black women, images of what is considered as acceptable or desirable, and their relation to African-American culture.

5) When the Moors Ruled in Europe (Youtube)
An eye-opening Youtube documentary highlighting the Moors’ architecture and intellectual accomplishments in Spain, information which has been systematically written out of history since the 1500's.

6) Black Wall Street Burning (R)
A retelling of the worst act of American terrorism and racism in American History. The Tulsa race massacre of 1921 took place on May 31 and June 1, 1921, when mobs of white residents attacked black residents and businesses of the Greenwood District in Tulsa, Oklahoma.

7) Paris is Burning (15)
An invaluable documentary to the end of the “Golden Age” of New York City drag balls and a thoughtful exploration of race, class, gender and sexuality in America.

8) Self- Made (Inspired by the life of Madam C.J. Walker) (Netflix series)
Based on a true story, an African American washerwoman rises from poverty to build a beauty empire and become the first female self-made millionaire.

100 race-conscious things you can say to your child: http://www.raceconscious.org/2016/06/100-race-conscious-things-to-say-to-your-child-to-advance-racial-justice/  (parents)

Your kids aren’t too young to talk about race: https://www.prettygooddesign.org/blog/Blog%20Post%20Title%20One-5new4?fbclid=IwAR1Xg3lpkvY3t4JVCr8BF9TOa2m-2gdQxkCD_IPSmmopTquWSxbZQa6cX0Q (parents)

How to talk to kids about race and racism: https://www.parenttoolkit.com/social-and-emotional-development/advice/social-awareness/how-to-talk-to-kids-about-race-and-racism (parents)

Not all superheroes wear capes: how you have the power to change the world (TED Talk).  Parents/ older children

The Response podcast: Inequality, structural racism, and the fight for justice after the Grenfell Tower fire.  Parents/older children

Special thank you to all those who have spoken up against the discrimination to help us understand, even though they don't owe us an explanation of the pain felt.